Notice: Trying to get property 'slug' of non-object in /home/almacube/public_html/almacube/wp-content/themes/almacube/single.php on line 22
 Lorenzo Salmi - Almacube 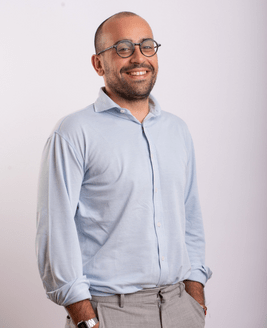 I have always tried to learn from those better than me. I received a classical education, then I got into the world of communication, which in the first decade of the 2000s was increasingly embracing the digital world. Then, a master's degree at Bologna Business School, a job turned down, and two and a half years spent in South America working for UniBo. Once back, I created my own company, got it going and then sold it. Since 2018 I have been part of a large Italian-American family, Evensi.com, managing a team of professionals from many parts of the world. It was a cultural
melting pot that gave me a lot of satisfaction. Now, Evensi is part of the Events.com group, the world's largest event promotion and organisation group. In 2019 I also created another company that deals with Data mining and Big Data for Public Administration and Politics (Piave Digital Agency), and in my spare time I created, together with many friends, a cultural hub in the centre of Cirenaica, the most beautiful district of Bologna.